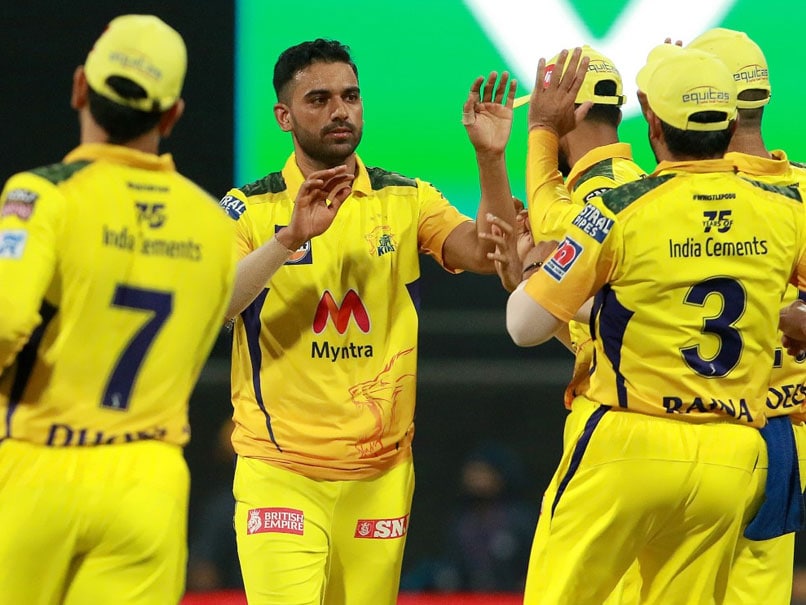 
In response to a target of 107 runs, Chennai Super Kings (CSK) are a wicket down vs Punjab Kings (PBKS) in Match 8 of the ongoing Indian Premier League (IPL) 2021 season, at the Wankhede Stadium on Friday. Faf du Plessis and Moeen Ali are currently batting for CSK, and are trying to gain stability. Arshdeep Singh has taken a wicket for Punjab. Earlier, PBKS wrapped up their innings at 106 for eight in 20 overs. The Punjab franchise had a poor start, losing early wickets. Opener KL Rahul could only muster five runs, and his opening partner Mayank Agarwal was dismissed for a two-ball duck. Shahrukh Khan made the only noteworthy contribution for Punjab, scoring 47 off 36 balls, before getting dismissed in the final over. Deepak Chahar was in top form for CSK, taking four wickets. Meanwhile, Sam Curran, Moeen Ali and Dwayne Bravo registered a dismissal each. (LIVE SCORECARD)


Topics mentioned in this article