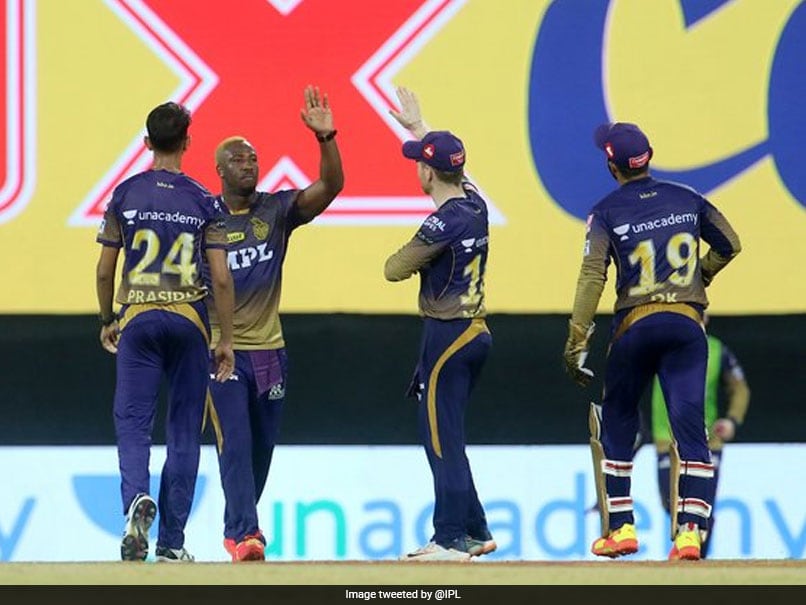 
Kolkata Knight Riders’ Andre Russell created a buzz when he claimed five wickets, including three in his final over, to restrict Mumbai Indians to 152 runs in 20 overs. Only Rohit Sharma and Suryakumar Yadav showed some grit against the discipline of KKR bowlers. A good opening partnership could mean an early end to the match. Earlier, Eoin Morgan named an unchanged team from the one that played against SunRisers Hyderabad while Mumbai Indians have replaced Chris Lynn with South Africa’s Quinton de Kock in their side. Bangladesh’s Shakib-al-Hasan received his 50th cap for KKR in IPL. After a disappointing start, the Rohit Sharma-led side aim to get on the points table with a win, while on the other hand, Eoin Morgan will look to consolidate on a good start, having registered a 10-run win in their season opener against SRH. With both squads having a solid inventory of firepower in their belly, fans can expect a run-feast through the likes of Andre Russell, Rohit Sharma, Ishan Kishan, Suryakumar Yadav and Nitish Rana. KKR missed the last two playoffs in IPL while MI went on to win the title on both occasions. (LIVE SCORECARD).


Topics mentioned in this article